It’s been a good week for those of us at Devious Theatre. The Dublin Fringe Festival run of War Of Attrition is in the bag, our week invading Players Theatre at Trinity College. Hat tip to the crew on the ground of Adrian, Caoimhe and Dara for their assistance on the run.

The reviews from The Irish Times and Irish Theatre Magazine were quite favourable for our first full Dublin run, one hopefully not our last.

Producing for the tour has been great, we’ve got a great crew (cast included) pulling everything together and in eleven days time, the War will rage on as the show opens for a limited three night run at the Watergate Theatre in Kilkenny (26-28 September) before moving on to the Galway Theatre Festival (our first perfomance in Galway) for October 2-3.

For now, it’s a few days off before dress and tech in Kilkenny in under ten days time. It’ll be a well earned break, that’s for sure.

Tickets for both the Kilkenny and Galway dates are already on sale but to those of you who turned out in your numbers in Dublin, from one theatremaker to a theatre-going audience, thanks a hell of a lot for coming out and for your feedback. We’ve collated some of that feedback over on DeviousTheatre.com.

For the moment, however, it’s rest. 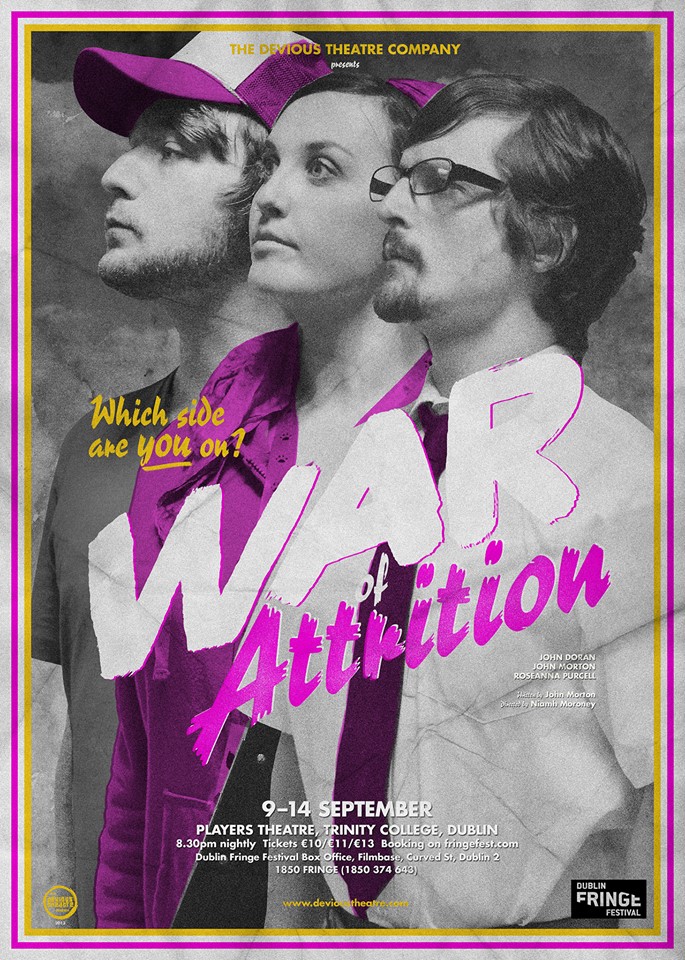