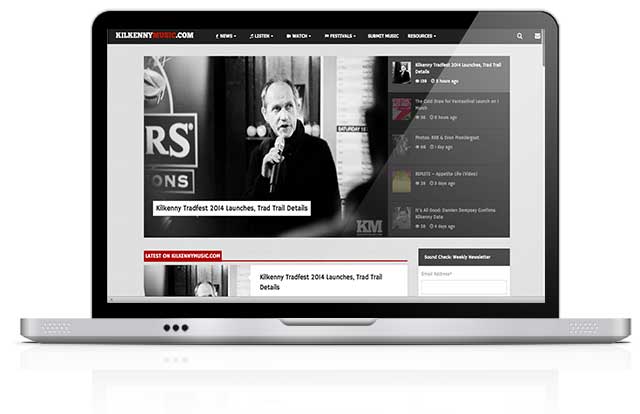 Work continues on KilkennyMusic.com. Having resurrected the site at the end of January after about 18 months of relative inactivity, this weekend replaced the straight up blog style design used to get things back on track with a more interactive magazine style for the homepage. The Mashable-inspired MashMenu is a handy plugin to use for navigation as well.

With the content side of things returning, it was back to catching gigs on camera at the weekend with KRB, Riain, Evan Prendergast and Feibhar Baldwin-Wall all on stage at Billy Byrne’s. Photos first, then video.

Similarly, from March, the plan is to return to podcasting.

Funnily enough, it was around March time each year over the past 4-5 years that the interest in podcasting for me swells up. First with the Playlist Mix, then with trying Indie Switch for a month or two, followed up by last years testing of the waters with the Stereo Mixtape, the format for which will likely be borrowed for the latest round of KilkennyMusic.com podcasts.

The on-air experience gained having presented for KCLR for the past two years should hopefully lend itself both to the lead podcast and similarly with the return of the One Take Sessions as an on-air offering.

Let’s see how it goes…